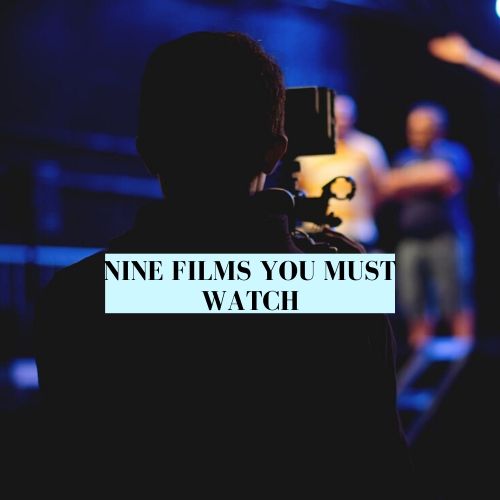 Recently the world has become rather obsessed with blockbusters and the media is constantly throwing around the word ‘Box Office’ and it seems that a certain percentage can decide whether the film will be a success or a total flop.

However, I wish to avoid using those words. Instead offering a list of films that I personally believe you have to see before you die, despite some of these films being considered flops due to the money they made. The following list is in no particular order.

The Matrix: Starting off with a bang, the 1999 hit takes audiences on a green-tinted philosophical, action-packed journey that fails to hit the breaks once the blue pill has been taken. The Matrix has the ability to make audiences question their own very existence whilst also having amazingly choreographed moments including; the notorious bullet time sequence, and set shattering fight sequences. The Matrix tends to have some form of tainted view when people first hear of it, this is because of the sequels that I certainly do not recommend. The first instalment is able to perfectly stand up on its own two legs. A cast filled with the likes of Hugo Weaving, Lawerence Fishbourne and Keanu Reeves, paired with the films ability to quash the stereotypical ‘childish science fiction’ mould this is one film you do not want to miss out on.

Love, Rosie: A little hidden gem that my girlfriend showed me during date night. Love, Rosie is the modern generation’s answer to Bridget Jones. A timeless classic that is able to capture the highs, lows and outright embarrassing moments we all face when it comes to love. I am not normally a fan of rom coms as this list is proving to show, but Love, Rosie is different. It’s not trying too hard to be relatable and it does not reach a point of absurdity that it becomes a comedy (more on that a little later). Love, Rosie instead fits in a rare almost impossible to reach sweet spot. It is able to entice audiences into this world that we are all but too familiar with, as Rosie struggles to find ‘the moment’ with her special someone. Love, Rosie is certainly a film you do not want to miss out on.

The Shawshank Redemption: I mean is it really a top ten list of films without mentioning this astonishing film? There is very little that I can say about this film that hasn’t already been said a thousand times before. Shawshank Redemption is a moving piece of film, that is able to lecture young teenagers on the world of prison, whilst conveying the difficulty of maintaining morals and finding true friendships. Morgan Freeman narrates in the first person, with each sentence perfectly matching what is being shown. The acclaimed book is brought to life in a true adaption that will last generations. A truly emotional journey that brings a tear to everyone’s eyes.

Bridesmaids: Earlier I mentioned how some rom coms can become so absurd they morph into more of a comedy, this is exactly where Bridesmaids fit. A romantic comedy that is so absurd that it will have you laughing from start to finish, especially at the cast which stars SNL icons Kristen Wigg and Maya Rudolph. Bridesmaids follows… well exactly what it says on the tin, as we appear to have the perfect cliche of the best friends wedding. Yet somehow everything that could go wrong does in spectacular fashion. Friends fall out, get beyond smashed on a plane and a certain incident involving dodgy Mexican food has to be the most iconic scene of the entire film, I’ll leave it to your imagination and not go any further with that! The film makes sure that the comedy isn’t the sole focus, we learn that Annie once owned a cupcake restaurant that closed down, audiences get to see how hard this had hit her. With the mix of comedy and relatable hard times for the audience, Bridesmaids is one romantic comedy that you would be a fool to miss out on.

Blade Runner: Philip,K. Dick’s iconic novel comes to life with this Ridley Scott adaptation in Blade Runner. Starring Harrison Ford, with spectacular visual effects the bigger the screen you have the better. Ginormous sets that will transport you to a whole new world, however for once this world is not desirable as we take to the slums of the future in all its gritty and grimy glory. This sci-fi icon will leave you questioning the idea of morality and what is it that makes a human human. The philosophical themes and iconic villain mean Blade Runner is the Godfather of the sci-fi genre. Evidently inspiring future directions for generations, you aren’t a true fan of science fiction till you have seen Blade Runner.

Shrek: Now you might be reading this and thinking “has this man lost it?”, well hear me out! Shrek is just simply one of those films that you have to see. If you have made it this far in life without even hearing about this film I would be shocked. The Dreamworks classic is the perfect mixture of dumb comedy for kids and hidden innuendos for older audiences. The story is simple enough, rescue the princess from the dragon and marry her to break some curse. Now, what Shrek does is take this cliche and become so self-aware that it becomes absurd as we see classic fairytale characters reference modern pop culture. The story behind the making of this film is simply incredible, the writers were all fired from Disney and instead went onto work for Dreamworks. The ill feeling towards Disney is certainly obvious once you know the backstory, adding even more to the humour. Starring Mike Myers, Eddie Murphy and Cameron Diaz, Shrek is one you must see or even rewatch before you die.

Iron man: I mean…just how can you not have seen this film. If you have only seen one of the new Marvel films ( The MARVEL Cinematic Universe) then you need to see where it all began in 2008 with Iron Man. The Godfather of this incredible cinematic project. Iron Man in a simple origin story in which we see the return of Robert Downey Jr after a rough patch in his personal life. This films successful use of comedy, action and incredible acting, though a risk allowed it to do something that hadn’t been achieved before. Again, there is very little I can say about this film that hasn’t been said before, but what I will say is that Iron Man has plenty of appeal for true comic book fans and even those that just want to kick back and enjoy the action. So kickstart your journey into this now 22 film franchise by going where it all began and you will not be disappointed.

The Shining: One of the first psychological horror based on Stephen King’s book, Stanley Kubrick takes the audience on a twisted journey that is so iconic, I would be amazed if you hadn’t heard of this gem. Following the Torrance family, as they move into a hotel hidden in the Alps to look after it. Their bonds are tested as we see the sanity of one man ( Jack Nicolson) crumble as the spirits that haunt the hotel, tormenting him in the process. It is discovered that the family’s son Danny has psychic powers – called ‘the shining’. Twists and turns take the audience into a hedge maze, not knowing what is going to happen next. So enter room 237 and go on a journey you will never forget but may regret.

Star Wars: A New Hope – A more personal one for this list as I have spent many hours watching this film again and again, yet it still remains timeless. A true Sci-Fi classic following the adventures of Luke Skywalker and his friends fighting against the Empire. Star Wars: A New Hope is the perfect stepping stone into this galactic franchise. It is certainly one that all families should watch as you get transported into this galaxy full of terror and excitement. I could spend hours talking about this film but I shall leave it at this, Star Was is the perfect escapism. You will find yourself cheering for the good guys as you travel to a galaxy far far away.

Originally from Birmingham, Matthew moved to Bristol in September of 2018. After finishing his first year of Broadcast Journalism, Matt is venturing into the world of film making for the upcoming academic year.